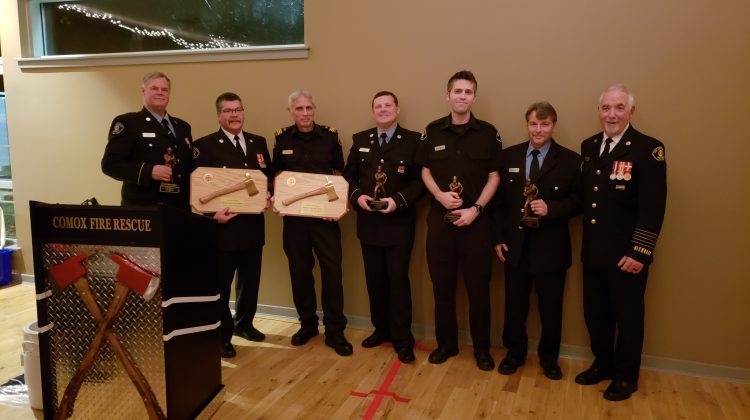 Members of the Comox Fire Department were celebrated for their hard work at the recent awards banquet. Photo courtesy of Comox Fire Rescue.

COMOX, B.C. – Comox firefighters were recognized for their hard work at the department’s annual awards banquet.

“I am so proud of all of our members. It takes a very special person to volunteer for anything, let alone to be a firefighter and an even better person to serve for many, many years. We are very demanding of our firefighters and expect a very high level of training and effectiveness from them,” he said in a release.

“We are very fortunately, here in Comox to have such a great group of firefighters assisting our community in so many ways. Our firefighters are our most important asset. Combined our three Chief Officers have over one hundred years of service. We are a successful organization because of all the great people we have within the organization.”