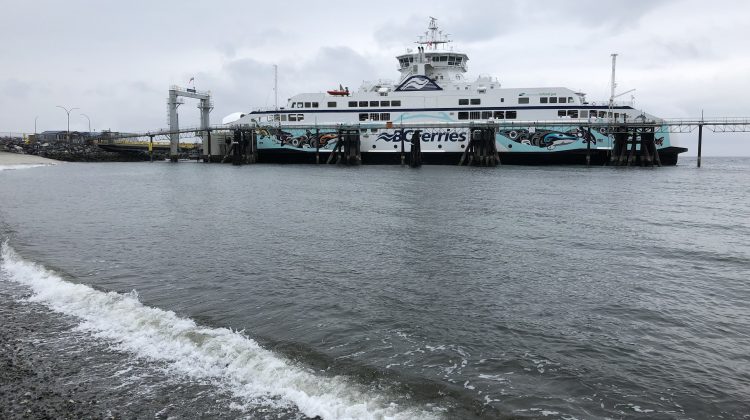 The Salish Raven is pictured at the Little River ferry terminal in Comox on October 7th, 2018. Photo by James Wood/98.9 The Goat/Vista Radio

The Salish Raven, which runs between Comox and Powell River, was set behind by about 45 minutes due to what BC Ferries called a ‘software issue’.

“Our engineers had to reboot the system in order to ensure that one piece of equipment was working properly, that was the bow thruster,” said Deborah Marshall, the company’s Executive Director of Public Affairs.

“It was a software glitch, so we rectified it on board. Unfortunately, it did cause a 45-minute delay this morning, but our crews have been working very hard to get the ship back on time. My understanding is she’s about 10 minutes behind right now (as of 11:40 a.m.).”

Overall, Marshall said the company is satisfied with the overall performance of the Salish-class vessels, since they debuted in 2017.

“We’ve been very pleased with the performance of the Salish-class vessels, and one of the key features is they do operate on natural gas, so of course that’s better for the environment,” Marshall said.

A schedule for the Comox-Powell River ferry can be found at: www.bcferries.com/schedules/mainland/copr-current.php.