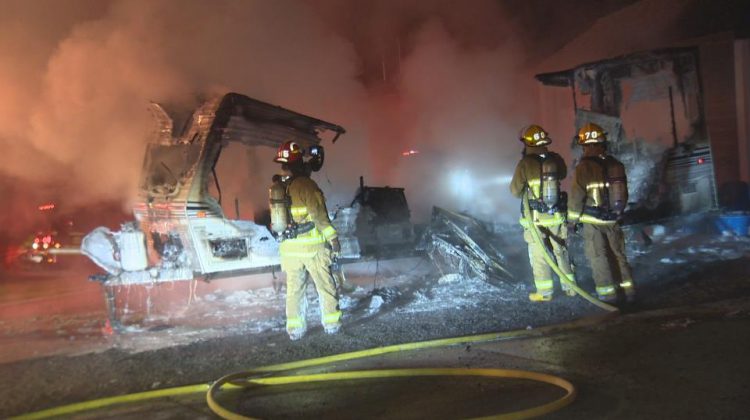 COURTENAY, B.C. – The Courtenay Fire Department was called out in the early hours of Tuesday morning to take care of a trailer fire.

The call came in at around 3:00 a.m. Crews responded to the corner of Thorpe and 10th Street in Courtenay.

One nearby resident noted that loud gunshot-like noises helped wake the people in the home next to the travel trailer.

Reports indicate that a space heater kept on low caused the blaze, although the Courtenay Fire Department has not confirmed this.

A neighbour said the garage of the family’s home was “scorched”, and no injuries were reported from the scene.

A request for comment has been sent to the Courtenay Fire Department.