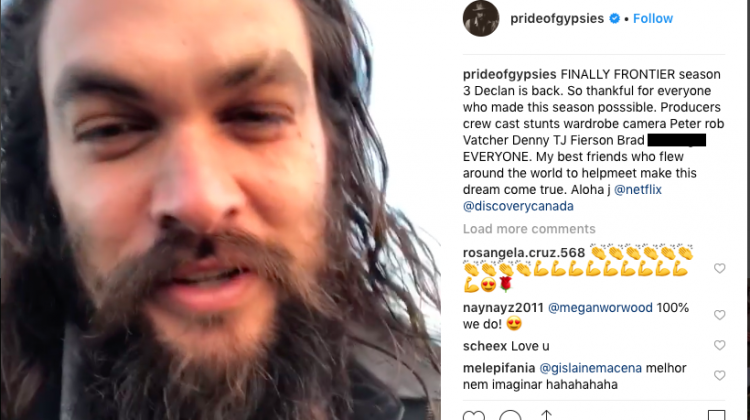 CAMPBELL RIVER, B.C. – Jason Momoa is back on the island for filming.

According to a post from the Game of Thrones actor’s Instagram, he is back in town filming for a series called See.

Filming started in August, and will feature Myra Falls. According to a release from the Vancouver Island North Film Commission, See is a world-building drama set in the future. North Island College film trainee graduates are part of the crew, and some locals will also feature as background extras for the series.