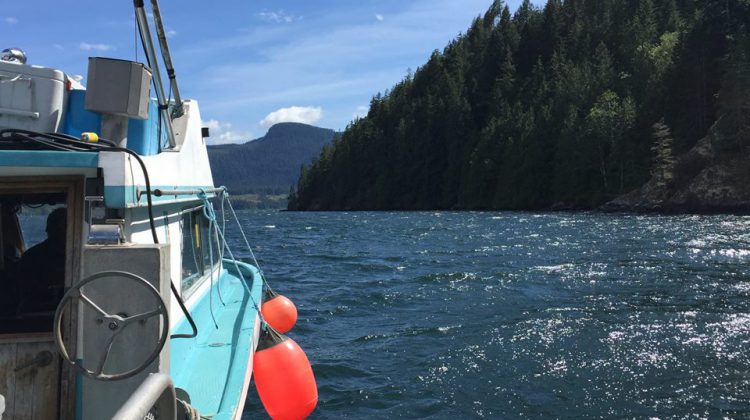 Photo courtesy the BC Young Fishermen's Network on Facebook.

CAMPBELL RIVER, B.C. – Fishermen from the Campbell River and Comox Valley region can get together and share their ideas through the BC Young Fishermen’s Network (BCYFN).

“The whole point of the network is basically to provide a support and a network for young fishermen,” said Melissa Collier.

Collier and her husband Joel are commercial fishermen and are both on the network’s steering committee.

“What you may not realize is that the average age of a commercial fishermen is 55, with many approaching retirement age…there are a lot of barriers for fishermen to get involved in the fisheries (industry), whether that be financial, access to licensing, access to vessels, to gear. There’s a huge financial burden but there’s also resources in trying to get training, and all those barriers to fishermen,” Collier said.

She noted that the term “young fishermen” refers to anyone 55 and under, as well as new fishermen starting out in the industry.

“One of the biggest things we try to do is education and support, so there’s hosting, workshops, sharing resources…we’re working on a database for fishermen to access everything from what are your local processing facilities to what banks and insurance companies are used to working with fishermen,” she said.

Collier added that the BCYFN also works to raise awareness on what exactly commercial fishermen do for a living.

“A lot of Canadians, and the average seafood consumers don’t know too much about fishermen and commercial fishing, they kind of imagine The Deadliest Catch (television show), so for us, we’re trying to really educate seafood consumers so they know where their fish is coming from, what it’s like to be a local commercial fishermen…even teaching things like where the fisheries are located, how your fish is stored, the differences between frozen and fresh,” she said.

The BCYFN is a new group. Collier noted it started up last year.

“I really want to get more local support for fishermen,” she said.

“There’s been this fantastic movement to get a lot of local support for farmers and I want to see that extend to fishermen.”

The network is holding an open meet and greet on Thursday, November 29th at the Anchor Inn in Campbell River. The forum starts at 7:00 p.m.

You can find more details about the network at its Facebook page.