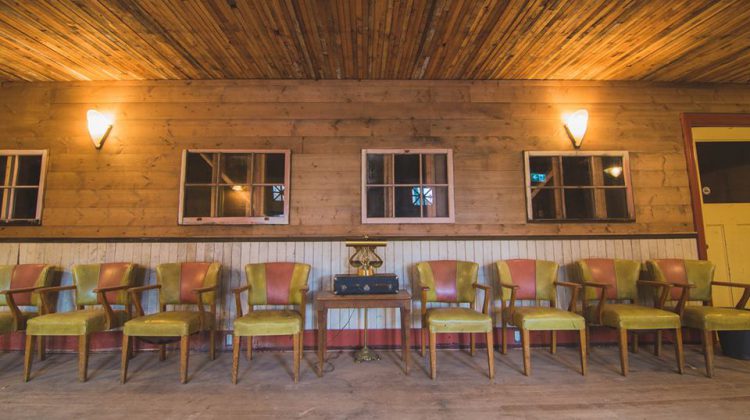 CUMBERLAND, B.C. – The future of the Ilo-Ilo Theatre in Cumberland is up in the air.

An open house is being held this weekend to inform residents of the current state of the historic facility.

According to the Ilo-Ilo Theatre Society, renovations of the lobby revitalization project have been completed. The rest of the building is still in need of repairs.

Visitors have had the chance to see the lobby upgrade during “sneak-peek” sessions, but this weekend will feature a full-on open house for all guests.

“There’s been a lot of positive community response to the potential of having what is seen as a really needed performance venue, because we’re sort of at a loss for decent performance space in the Comox Valley,” the society said in a statement.

“There’s groups like Cumberland Village Works, Theatre Works, Courtenay Little Theatre, who are all desperate for a space similar to, if not the same size, as the Sid Williams (Theatre), which gets booked up pretty much right away.”

The building has received significant upgrades, but is currently on the market for sale, according to the society.

“There is a group who is trying to figure out some sort of way forward between the current owners, the Village (of Cumberland) as a potential stakeholder who could offer some sort of incentive to a potential buyer or developer,” the society said.

“Last but not least, (we need to find) the right buyer, someone who might be interested in developing the lots that are attached to the building. There’s three 30-foot lots as part of the property…with the potential that a philanthropist or person with good community intentions would put the remaining money needed into fixing up the building, so that it could be operated as a community venue.”

The society noted that the Village of Cumberland is not in a position to take on the venue, much like how the City of Courtenay owns the Sid Williams Theatre.

“The group that is working with (Cumberland’s) economic development team is hoping to figure out some feasible way forward to keep the building in the village,” the society said.

Drop-in information sessions are on Saturday, December 1st between 12:00 p.m. and 8:00 p.m. The society said that there would be presentations and conversations with local business owners and Cumberland mayor Leslie Baird about the building’s historical significance in the village.

“There is the potential to sub-divide the property and therefore, the theatre itself would be less of a financial burden for a group to try and pull together some kind of fundraising,” the society told MyComoxValleyNow.com.

“It’s been in the community for a long time, and it would take another half a million dollars probably to get it up to code to reopen as a performance venue.”

Further details on the open house sessions can be found via the event’s Facebook page. More information on the Ilo-Ilo Theatre Society can be found through this link.