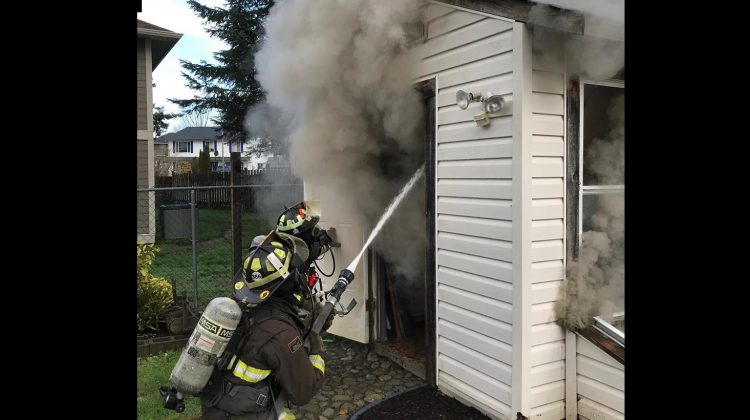 Assistant fire chief Rick Shelton said Comox Fire Rescue received a call just before noon, about smoke billowing from a shed/greenhouse at the back of a residential property on Canso Avenue.

“A neighbour had called it in,” Shelton said.

A total of three trucks and 20 firefighters responded and quickly extinguished the fire.

While there was significant damage to the shed, the fire was contained to the one structure.

The homeowners were not home at the time of the fire.

“Their neighbours think they (the homeowners) are away,” Shelton noted, adding that the fire “was probably caused by a heater because the heat was on in the building.”

Just after 4:00 p.m. today, Comox firefighters checked the structure to ensure there were no hotspots.

The investigation will be left up to the insurance company.