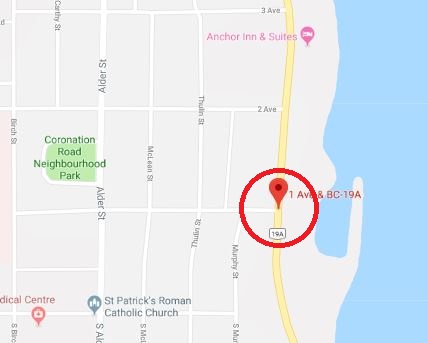 There will be construction work on intersection on Hwy 19A and 1st Avenue from December 3rd to 4th. Photo provided by the City of Campbell River.

CAMPBELL RIVER, B.C. – Expect delays on December 3rd and 4th on the intersection between Highway 19A and 1st Avenue.

The first phase of the waterfront sewer project along 19A is almost finished.

According to an emailed statement from the city, the last step is a connection at the intersection between Highway 19A and 1st Avenue.

Drivers travelling along Highway 19A are advised to expect delays. The City of Campbell River recommends that travellers find an alternate route to avoid congestion.