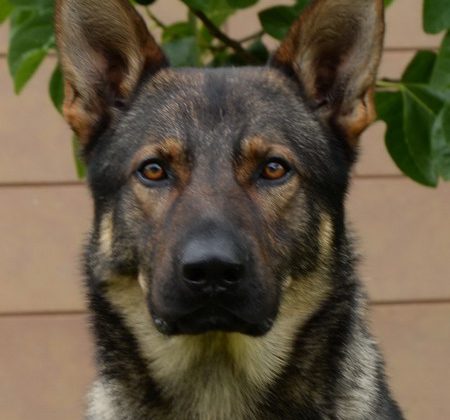 According to a release from the RCMP, the Campbell River Community Response Unit went to a residence to arrest a woman responsible for a large number of theft from vehicles in the city on November 15th.

Gator gave chase when the woman attempted to flee, which helped the police arrest her. She is facing several charges, including theft from motor vehicles, frauds and uttering forged documents.

On November 23rd, police attended a break and enter. The suspect tried to get out through the back door, but Gator was able to stop her. The incident is still under investigation, and the RCMP said in the release that charges are pending.

On November 24th, Gator helped track a high risk missing person. The individual left home before her parents woke up, walking off into the woods. Gator tracked her for more than three hours, and successfully located her. She was safely returned to her family.

On November 28th, Gator tracked robbery suspects, leading to their arrest. The night before, police were called to a robbery at Canadian Tire. The suspects fled from the store with some stolen merchandise and threatened staff with bear spray. An off-duty officer reported seeing the suspects. Gator was called in, acquired a track, and helped capture the suspects.

Police said the male and female suspects are involved in numerous investigations in Campbell River, Courtenay, Nanaimo, and Oceanside.

They are still being investigated and charges are pending.