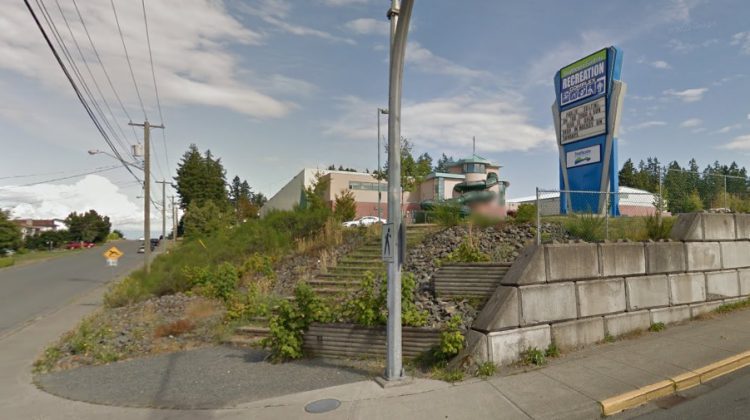 The exterior of the Strathcona Gardens complex. Photo sourced from Google Earth.

According to a news release issued by the Strathcona Regional District on Monday evening, staff noticed refrigeration issues on Arena 2 at Strathcona Gardens on Saturday afternoon.

The evaporative condenser tower, located outside the arena building, was found to be leaking trace amounts of ammonia. The release states that it was immediately taken out of service.

“Every precaution was taken to ensure the safety of patrons and staff,” read the release.

“The facility’s ammonia detection alarms were not triggered as the trace amounts did not present a risk to staff and the public. No one was injured, and authorities have been notified.”

The district has secured federal funding to make the facility ammonia free by switching over to a carbon dioxide refrigeration system, which will be installed during annual shut-down. It will be ready by the 2019 ice season.

A temporary system for refrigeration is being brought in to maintain the ice. The ice sheet will be re-opened and operational until the end of March next year.

“The temporary plant is anticipated to be shipped and installed within the week,” read the release.

“Until that time, Arena 2 will only be able to be used in a limited capacity. Once Arena 2 is fully operational, notice will be given via the Regional District website and social media channels. In the meantime, the remainder of Strathcona Gardens is fully operational and welcomes all patrons.”