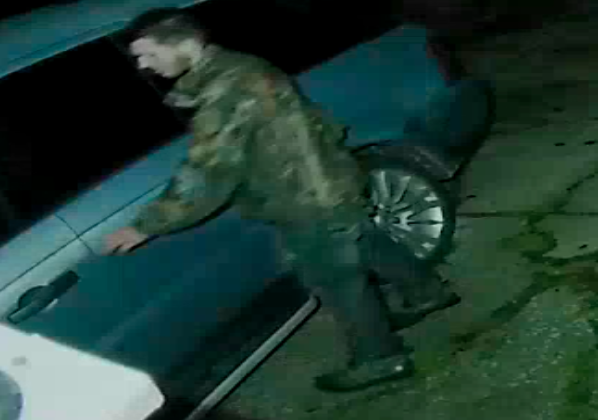 CAMPBELL RIVER, B.C. – The Crime Stoppers released pictures of a suspected thief trying to get into a vehicle.

The pictures were taken by surveillance on December 2nd and according to the Crime Stoppers, the man is believed to be responsible for a number of thefts around the city.

Campbell River residents have been experiencing a string of thefts from their vehicles. In a release, the Crime Stoppers indicated that a lot of the vehicles have been left unlocked.

The release also indicated that residents have been leaving items like electronics, jewelry, wallets and loose change in vehicles, which end up being stolen.

The Crime Stoppers are advising residents to ensure their cars are locked and that valuables are not left inside.

They also reminded residents to be aware when loading or unloading vehicles to ensure no one is watching, in case someone tries to open your vehicle once you’re out of sight.

If you know or recognize the man in the picture, call the RCMP or submit an anonymous tip to the Crime Stoppers.