One person taken to hospital after bypass crash 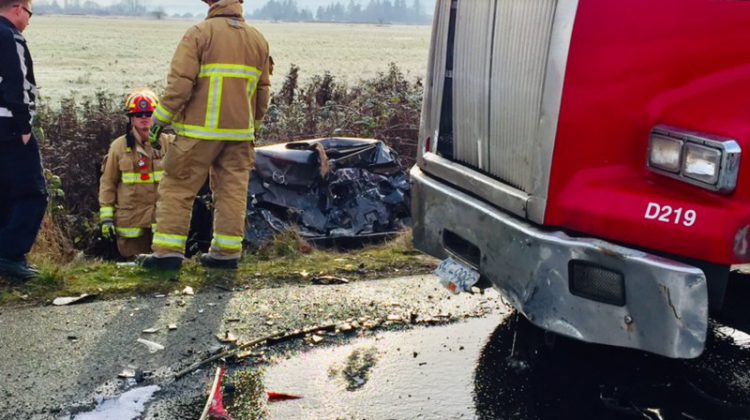 The car involved in the collision is shown in the ditch along the Courtenay bypass on December 7th, 2018. Photo by Troy Landreville/98.9 The Goat/Vista Radio

COURTENAY, B.C- An early afternoon collision on the Courtenay bypass has sent one person to hospital.

According to the Courtenay fire department, the crash was between a dump truck and a car. The car was sent into the ditch along the Highway 19a bypass, near the city’s Superstore complex.

The driver of the car has since been taken to hospital. Information on their injuries was not available as of this publication.

A significant amount of fluids were spilled on the roadway from the crash, and crews were still on-scene conducting cleanup as of 11:15 a.m.

Traffic was also backed up due to the incident.