No risk to the public from McDonald’s incident: police 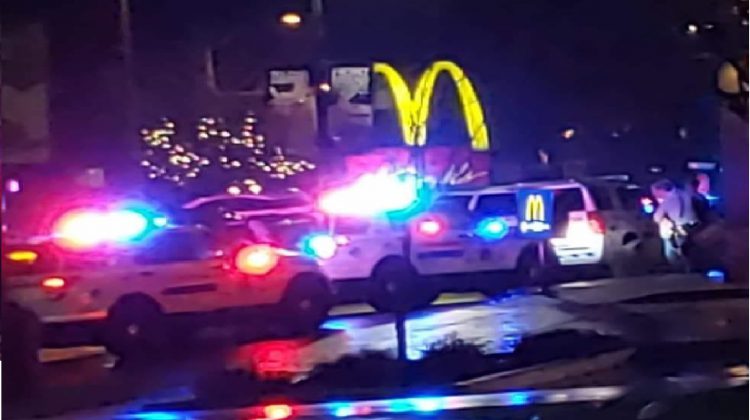 Officers are pictured outside the Cliffe Avenue McDonald's in Courtenay on the evening of December 12th, 2018. Image courtesy of Emilie Wiffen.

An incident took place at the restaurant around 6:30 p.m. While some chatter on social media suggested that a coffee had been thrown at an employee, police are not releasing further information due to the circumstances of the file.

However, they confirmed it was not a robbery, and indicated that what happened doesn’t pose a risk to the public.