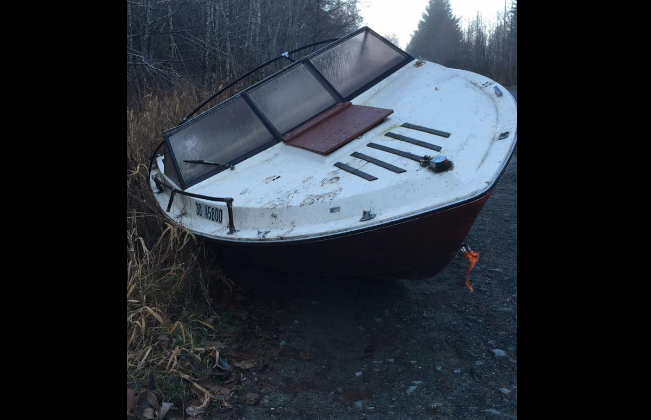 CAMPBELL RIVER, B.C. – A boat that was found missing along Duncan Bay Main Line Road in Campbell River has been disposed of.

She said it was the second boat in two years that she’s seen abandoned along the trail between Highway 19 and Highway 28 (the Gold River Highway).

Campbell River’s director of planning Peter Wipper said a report was written up, and officials went on the search for the boat’s owner.

However, on Friday he noted that officials were unable to identify the owner.

“Since that time, our operations crew has picked up the boat and taken it to the dump,” Wipper said.

Anyone who notices illegal dumping is asked to report it to the city’s bylaw enforcement department immediately.