Two taken to hospital after crash near Isfeld 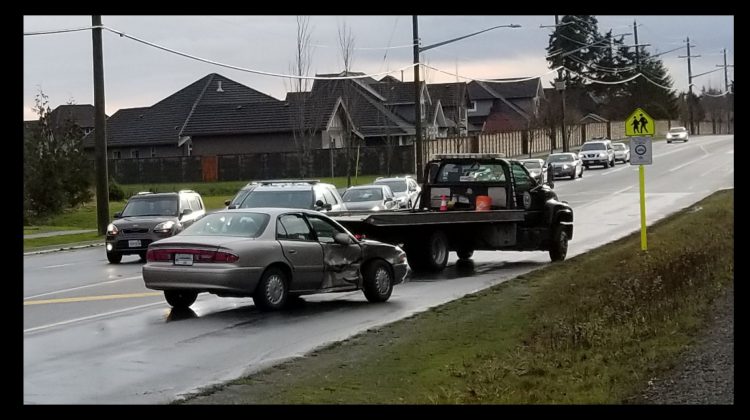 A damaged vehicle is pictured near the scene of the crash this morning. Photo by Justin Goulet/98.9 The Goat/Vista Radio

According to Courtenay fire chief Don Bardonnex, the crash involved a car, a truck hauling a trailer, and an SUV. The incident occurred just before 9:30 a.m., at the intersection of Malahat Drive and Lerwick Road.

The roadway was temporarily blocked while emergency services responded to the scene, with cars being turned around. One lane was later opened up while the area was cleaned up.

Bardonnex stated that two males were taken to hospital with non-life-threatening injuries. Each vehicle had been driven by one male driver, with no other human passengers.

Two dogs were also driven back to their homes by the fire department after the crash.