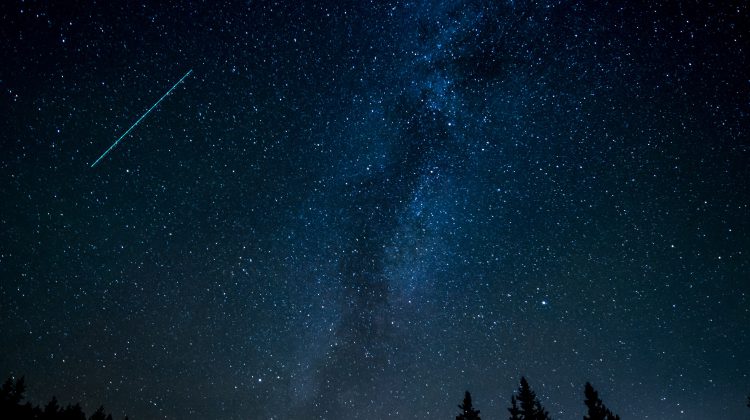 TEXADA ISLAND, B.C. – Witnessing what he believed to be a meteor slice across the early night sky on Dec. 11 was a big thrill for aerospace aficionado Doby Dobrostanski.

The 75-year-old Texada Island resident was sitting in his car in the BC Ferries parking lot at the Blubber Bay terminal, when a ball of light traversed almost the half of the skyline in fewer than three seconds.

He said there was no sound.

“I spotted the meteor and in several seconds it was gone,” Dobrostanski said.

This was no ordinary meteor, according to Dobrostanski, who has had his eyes fixed towards the night skies for decades.

Dobrostanski knows more than a little bit about meteors and astronomy. He said that he teaches various courses at aerospace camps on Texada Island.

“(I’ve had) lots of observations of meteors over the years, both (through) telescopes and watching the skies both as a pilot and many years of experience,” Dobrostanski said. “It isn’t anything else.”

Back in 1961 Dobrostanski was walking home from school late in the afternoon in Edmonton, when he saw a green fireball pass overhead.

“I understand it was found later on near a town called Innisfail (Alberta),” he recalled. “It was a pretty big one. It was about the size of a basketball.”

Fifty-seven years later, he had another memorable meteor-related experience.

Last Tuesday at roughly 6:30 p.m., Dobrostanski witness the ball of light from the top edge of the windscreen of his car, until it disappeared about 15 degrees above the horizon, in line with Harwood Island from the parking lot.

“I had the lights off and I was looking out across the bay to see the lights of Powell River,” Dobrostanski said.

“I looked up and I all of a sudden there was a very bright object heading across the sky,” he said. “It was very straight. I have a compass in my car. I checked it out and it was running at about 280 degrees, so just about due west, maybe three fingers above the horizon.”

Dobrostanski said that the light was extremely bright, much brighter than any stars, and because it was “leaving… a very bright trail of sparks behind it, it was quite interesting to watch.”

“It was definitely a meteor as far as I’m concerned,” Dobrostanski added. “It couldn’t have been anything else.”

He said it looked was much like the flares the Air Force drops for their SAR exercises, except that it was moving extremely quickly from slightly off from east to west.

“You can see meteors every night,” he said. “There’s little tiny ones, there’s bit ones. During August there’s a series of presages, they look like they’re coming at you, like a bunch of streamers surrounding you.”

So what makes this meteor different?

For one, Dobrostanski said this alleged meteor didn’t break up – rather, it managed to hold its integrity.