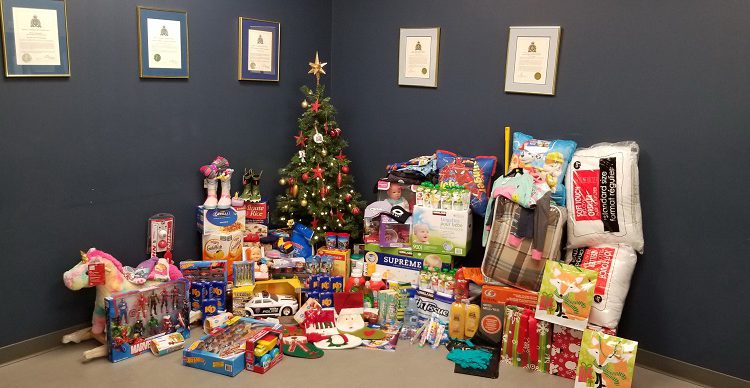 PORT HARDY, B.C. – The holiday spirit is thriving on the North Island.

The Port Hardy RCMP spread holiday cheer when they distributed teddy bears to children in two multi-family complexes a few weeks ago.

During that visit, they met a young mother. According to a release from the detachment, the mother had recently gone through family tragedies. The single mother was unable to give her children gifts.

Port Hardy officers asked what was on the kid’s “Santa List”. Officers collected donations from within the detachment. Cpl. Chris Voller and his family went out to buy presents, a Christmas tree with ornaments, necessities such as food, sleepwear, pillows, and cookware.

“I think this time of year brings out the best in a lot of people and as police officers, we often deal with hardships but this time of the year, not everyone is having the same fortuitousness that some of us are blessed with,” Voller said.

“For families who don’t necessarily have a lot this time of the year, giving a donation might be fairly overwhelming.”Port Hardy RCMP spreading holiday joy