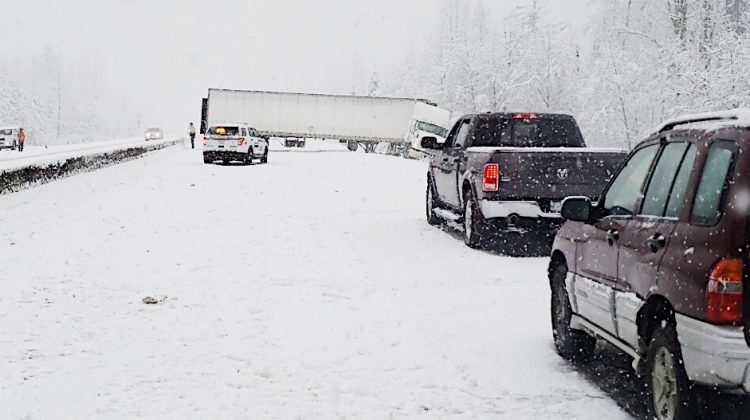 The jacknifed truck on the highway. Image courtesy of Kris and Britt Arbanas.

The route had been blocked near Courtenay due to a jackknifed truck, just south of the Puntledge River crossing.

Crews were working in the area to fix up the damage to the route from the truck earlier today, which caused another closure after a brief re-opening.

Drivers should continue to go slow through the area.