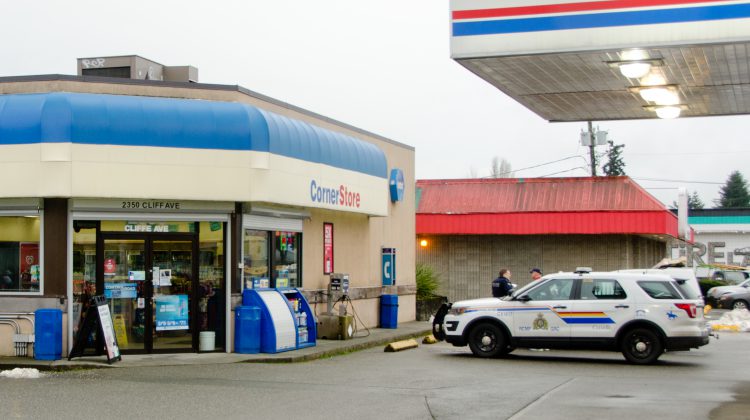 An officer of the Comox Valley RCMP stands near a truck at the Cliffe Avenue Husky gas station after a man was found dead in a parked truck at the business on January 10th, 2019. Photo by James Wood/98.9 The Goat/Vista Radio

COURTENAY, B.C- A coroner’s investigation is underway after a man was found dead in Courtenay today.

The man was found deceased in the driver’s seat of a truck at the Husky Gas Station along Cliffe Avenue in west Courtenay this afternoon.

The death is believed to be non-criminal in nature.