Fog expected to clear today, rain and warmer temperatures on the way 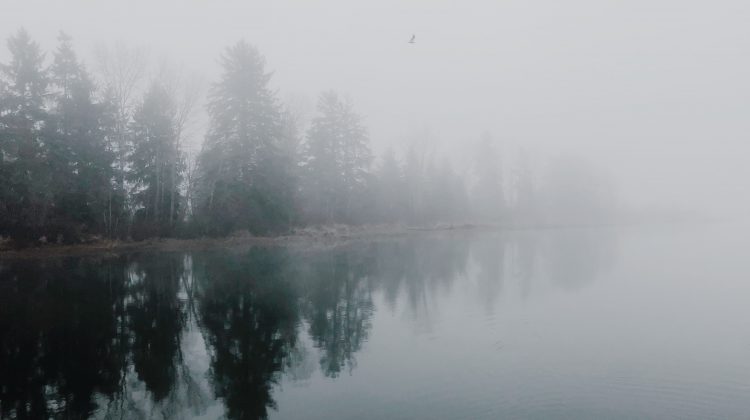 Fog is pictured off Courtenay’s shoreline on the morning of January 16th, 2018. Photo by James Wood/98.9 The Goat/Vista Radio

NORTHERN VANCOUVER ISLAND, B.C. – The fog is finally lifting in the Comox Valley and Campbell River.

Earlier in the week, a strong inversion over the south coast trapped an extensive area of fog over the Strait of Georgia.

Over East Vancouver Island, the Sunshine Coast and Inland Vancouver Island near Port Alberni, thick fog is expected to start dissipating this morning as the inversion weakens.

However, visibility may be significantly and suddenly reduced to near zero.

Environment Canada meteorologist Carmen Hartt said the fog that has stuck around for the past three days is starting to retreat to the coast.

“We were under a very persistent weather pattern, with a ridge of high pressure over B.C. the past few days,” Hartt said. “It’s just been really sitting there, so that fog has sort have been trapped for a few days.”

Hartt said the fog formed in the overnight hours between Sunday and Monday and has clung to the valley and Campbell River since then.

Since late Sunday, there have been reports of 55 hours of consistent fog in the region.

“(That’s) a pretty long time to be under the fog,” Hartt said.

Another system moving in today and tomorrow will bring wind that will help push the fog away from the North Island.

The next system will bring showers, possibly mixed in with flurries as the temperature drops, before conditions warm up and turn completely to rain.

“We’re expecting temperatures a bit milder, with highs reaching maybe eight or nine (degrees Celsius), and lows of plus two or plus five overnight,” Hartt said.