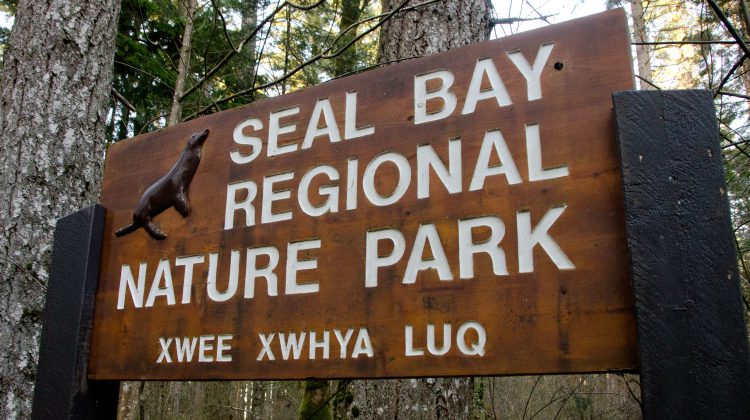 SEAL BAY, B.C- Another incident involving a bear-spray wielding individual appears to have taken place in the Comox Valley.

According to Kelly Wijdenes, who runs Pawsitive Dog Walking, the incident took place on Tuesday afternoon in Seal Bay Regional Nature Park, between 1:00 and 1:30 p.m.

Wijdenes told the MyComoxValleyNow.com newsroom that she had been walking with dogs in the off-leash area of the park, close to the Hardy Road entrance, and detailed online that a man had threatened them with bear spray.

According to Wijdenes, the man went “out of his way” to move towards them with bear spray up, and ready to use. She said that he had been yelling that the dogs needed to be leashed, and if they weren’t, then she would be “solely responsible for what happened to them.”

She described him as a tall, older white man with an accent, though she could not place the exact accent.

Wijdenes wrote that the experience was very unsettling, and indicated that she had reported what happened to the Comox Valley Regional District’s parks department.

She told the newsroom that she reported the incident to the Comox Valley RCMP this afternoon, who have opened a file.

The parks department have confirmed the report, and stated it was the first incident of it’s kind reported in Seal Bay.

The area of the park that Wijdenes was walking in is off-leash at this time of year.

“If you walk there be careful,” she wrote.

The incident comes after two confrontations in late November and early December involving an older couple in the community.

They had attracted attention after a Labrador puppy was bear-sprayed in the Northeast Woods.

Police got involved after a run-in with a woman named Brenda Cardinal, who was walking her dog in the Highland Field area in December.

Photographs of the pair were released to social media by Cardinal, who later made a complaint to the RCMP and the town. Police confirmed they received a report, had identified the couple, and would follow up.

The Comox Valley RCMP spoke with the couple “at length” about the risks associated to their behavior, and the potential situations they could find themselves in if their behavior continued.

“The Comox Valley RCMP anticipate that this will address any future concerns with this couple in the area; however, if there are any other incidents, please call the Comox Valley RCMP to report and they will be investigated at that time,” read a statement from the detachment, issued earlier this month.

Efforts to reach the couple for comment prior to the publication of this report were unsuccessful.