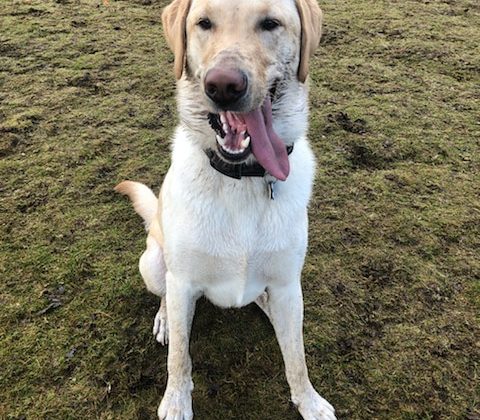 COMOX, B.C. – Comox council has approved a recommendation to engage residents about a future dog park in the town.

The recommendation from the Committee of the Whole asks that a public consultation process regarding the feasibility of a dog park be undertaken.

Council agreed that the price tag for such a process would be capped at $20,000.

Mayor Russ Arnott spoke about how the funds will be utilized.

“You would have the consultant do advertising, they would have, perhaps, town hall meetings…, they would coordinate all that, put all the results together, and then would provide us with the feedback from the public,” Arnott said.

Councillor Ken Grant said the subject of an off-leash dog park in the town is “contentious.”

“I think it’s now time we did a proper process and got this resolved once and for all,” Grant added. “Just because over the years, this has come up and come up… I think we’ve hit that time, now.”

There are currently no off-leash parks, fields or areas within the Town of Comox boundary, however, last month, town staff erected signs at the entrance of the Northeast Woods, putting park users on notice that they may encounter dogs that are off leash.

The issue of off-leash dogs in Comox has been the subject of recent debate after a Labrador puppy was allegedly bear-sprayed in the woods in November.

Fast forward to last week, and a report from the town’s superintendent of parks Allan Fraser noted that possible locations for future off-leash/leash optional dog parks include the Northeast Woods and the “underutilized sport field” adjacent to the Comox Community Centre.

Regarding the sports field, Fraser notes, “the field by in large sees very little programmed activity, and is situated in a central location with existing support infrastructure proximal to the site. The field is very flat, relatively well drained, close to pedestrian routes, with safe and open sight lines.”

A fenced dog park such as this would come at a capital cost of approximately $50,000 and $75,000, dependent on the number of design features incorporated, the report said.

The ongoing general maintenance costs associated with a project such as this should be between $20,000 and $30,000, dependent on how many times the infill mix is removed and refreshed.

There is no timeline on the public consultation process, but Arnott said staff is aware that council would like to have the matter dealt with by spring.