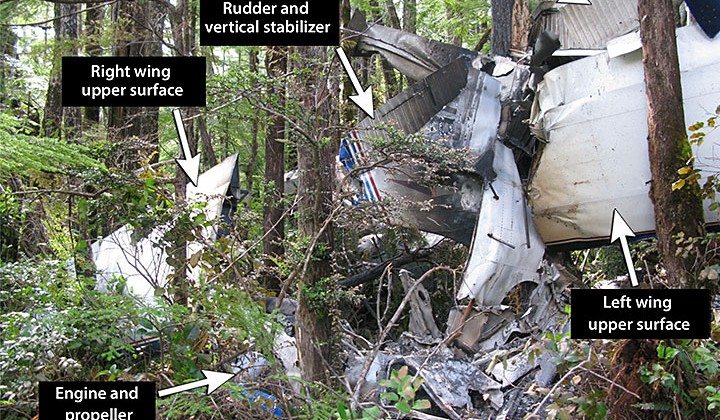 The Transportation Safety Board has released its report on a deadly float plane crash near Gold River in 2013.

The Nootka Air de Havilland Beaver went down in bad weather on August 16, 2013. Bill Yearwood, Regional Manager with the TSB, says the pilot flew too close to the treetops and the plane struck a tree.

Yearwood says all six people in the plane survived the initial impact, but two of them were trapped and died when fire swept through the wreckage.

The victims included 66-year-old Grant Clifford Howatt from Ladysmith, who was flying the plane, and 63-year-old Charles Henry Turner of Courtenay, who was the front seat passenger.

The report points to the need to improve post-crash survivability in small planes, through the use of technology to reduce the chances of fire, and push-out windows. The TSB is in the middle of a broader, nation-wide investigation into air taxi operations like float plane companies.