War Amps 2019 key tags being mailed out to B.C. residents 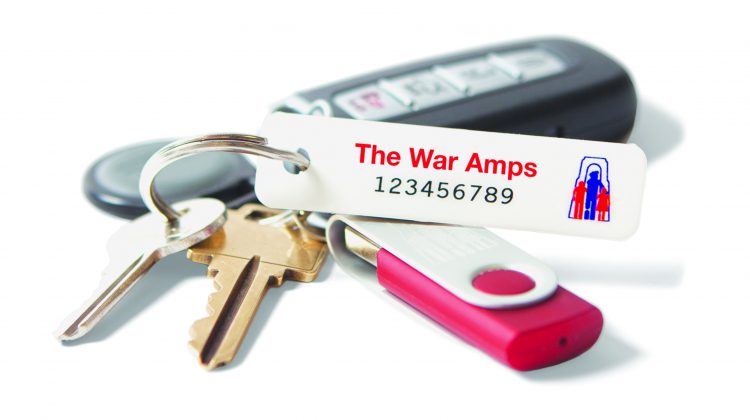 Starting this week, key tags are being delivered to mail boxes across the country as part of a key War Amps fundraiser.

As The War Amps embarks on its second century of service, the association’s 2019 key tags are being mailed to B.C. households with the theme, “Your Key Tags at Work.”

Now in its 72nd year, the Key Tag Service was launched after the Second World War so that returning war amputee veterans could not only work for competitive wages, but also provide a service to Canadians that would generate funds for the association. 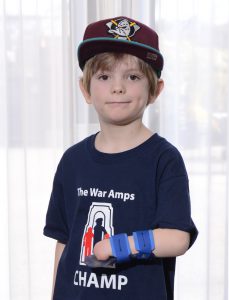 Cooper Bauer, a B.C. member of The War Amps Child Amputee (CHAMP) Program, showing the device he uses for swimming thanks to public support of the Key Tag Service.
Photo courtesy of The War Amps

“With the public’s support of the Key Tag Service, the Association is making a difference in the lives of amputees by providing financial assistance for artificial limbs, peer support and information on all aspects of living with amputation,” according to a release.

Jordan said more than 90 cents on every dollar raised by the War Amps go to support child amputees such as Courtenay resident, Elijah, who is in the organization’s CHAMP program and was born missing his right leg below the knee.

The program is close to Jordan’s heart. He was born without his left arm and grew up as an amputee.

“It’s made a big difference in my life, that’s for sure,” he said. “The CHAMP program for child amputees… it’s financial assistance for artificial limbs. It changes lives, and I can tell you, I’m one of them.”

Mailing started Monday (Jan. 21) and will continue throughout the next few weeks.