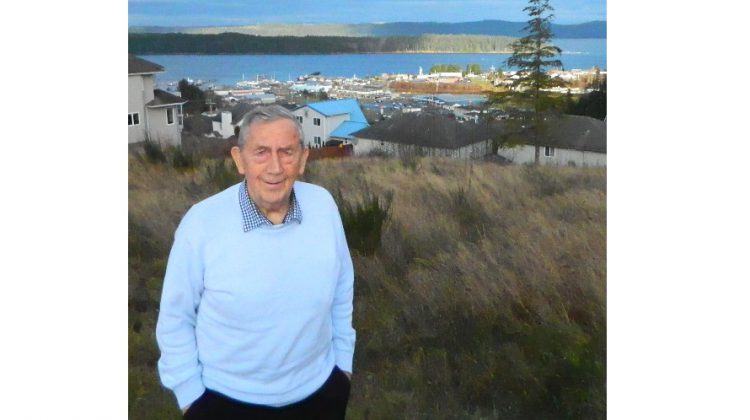 Image of Gerry Furney courtesy of the Town of Port McNeill.

PORT MCNEILL, B.C- An icon of the North Island has passed away.

Gerry Furney, who was mayor of Port McNeill for 39 years, passed away early this morning. According to former mayor Shirley Ackland, he passed peacefully, surrounded by his family.

“He will forever be missed but cherished for the kind, generous, happy man he always was,” wrote Ackland, in a post on her Facebook profile.

According to the Globe and Mail, Furney had come to Port McNeill before it was a town, and was elected to it’s first council in 1966. After seven years as a councillor, he was elected to the mayor’s seat, and lost it only once in the early 1970’s.

The paper’s report stated that he was known to be one of Canada’s longest-serving mayors, ahead of Mississauga mayor Hazel McCallion and behind Newfoundland’s Crow Head mayor John Hamlyn.

“It really is the end of an era, for us in Port McNeill,” said current Port McNeill mayor Gabrielle Wickstrom.

“He was a very well-liked man, very personable, and approachable. He had an open-door policy, when he was mayor, and everyone was welcome. He was often seen even after he stepped down as mayor at the local coffee shop with his best friend, always had a smile on his face, and always had time for you.”

Wickstrom said that Furney wanted Port McNeill to be the best community it could be.

“He took his flair and charm into everything that he did to make this a better place. His mark is everywhere, here, in Port McNeill,” said Wickstrom.

“We’ve lost an icon, and he’ll be missed by many here. Our prayers go out to his family, especially to his wife, who’s lost her life partner. A heavy day for Port McNeill, and the North Island.”