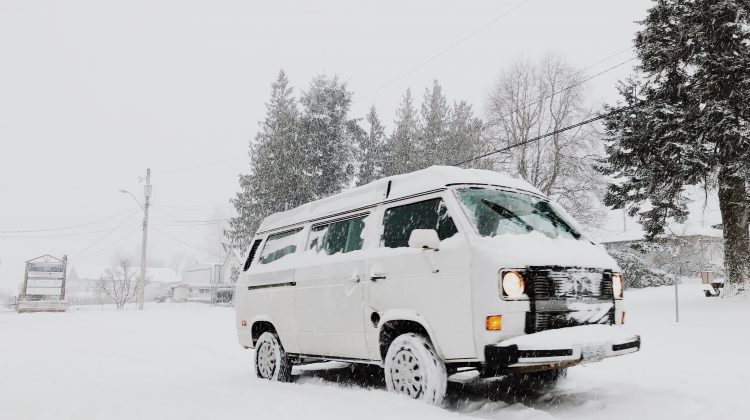 A Volkswagen van drives out of the Courtenay Airpark parking lot on the afternoon of February 10th, 2019. Photo by James Wood/98.9 the Goat/Vista Radio

As much as 10 centimetres fell on the Comox Valley and as many as 12 centimetres dumped on Campbell River over the past 24 hours.

Meteorologist Carmen Hartt explained why a snowfall warning wasn’t issued for the area before the blast of snow arrived.

“That system did catch us off guard a little bit, as it was supposed to hit the southern part of Vancouver Island,” Hartt said. “The northern part we thought wouldn’t have as much snow. In fact, they did have much less.”

“In this case, looking back, it does look like a snowfall warning would have just been warranted,” Hartt said. “In that case, that snow came in so much stronger than we expected.”

At 11:15 a.m., Environment Canada issued another snowfall warning across East Vancouver Island including from Courtenay to Campbell River with another low pressure system bringing significant snowfall to the area.

She added, “There’s always quite a bit of uncertainty with every weather forecast and with that one, it was particularly a high uncertainty because it was the first one. Tonight’s looks a little bit more certain.”