Elderly Sunshine Coast stray recovering after being found with THC, cocaine in system 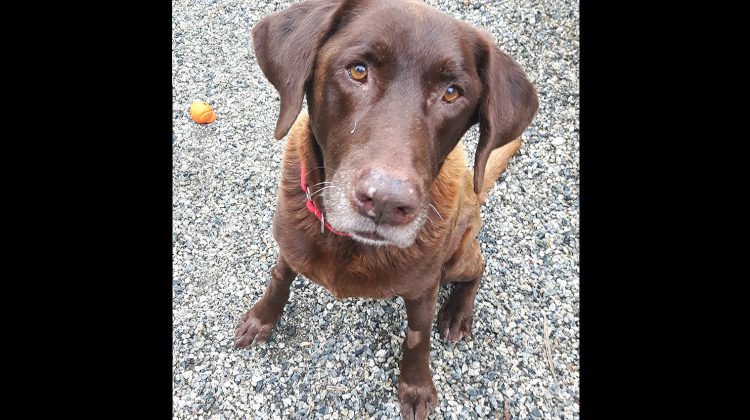 A photo of Ernie.

SECHELT, B.C- A chocolate Labrador is recovering on the Sunshine Coast after THC and cocaine were found in its system.

Someone found Ernie the dog, and turned him in as a stray at the local SPCA branch in Sechelt’s Willson Creek.

Marika Donnelly, branch manager of the local SPCA notes a good Samaritan found Ernie on the side of a road, and they’re not sure what initially happened to the dog.

Staff had noticed that the senior chocolate Labrador retriever was very uncoordinated and in about two hours he became almost unresponsive.

“We rushed him to the vet where they did a drug test and found he had ingested THC and high levels of cocaine,” said Donnelly.

Ernie was hospitalized overnight to recover from the drugs in his system.

Ernie is considered to be an older dog and after he was taken to a veterinarian it was discovered that he had other problems.

“Ernie hasn’t had the best of care in his previous life,” said Donnelly.

“Unfortunately, we don’t know where he came from and no owners ever came forward for him. He has a long-standing untreated ear infection, probably one of the worst that I’ve ever seen.

On top of that, the dog also has a benign mass on his right leg and seven dead teeth that needs to be removed.

Roughly $2900 is needed for Ernie and he will have to stay at the SPCA for two months before he’s ready to find a new home.

Donations can be made online or in person.