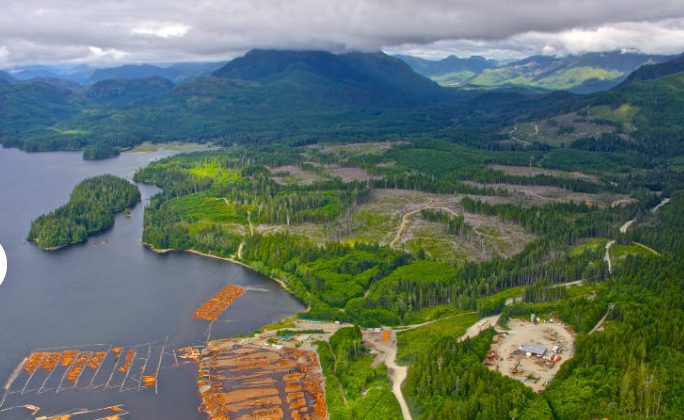 ANACLA, B.C- Work on a liquified natural gas terminal and pipeline on Vancouver Island’s west coast appears to be on hold.

That’s according to a letter released by Huu‐ay‐aht First Nations (HFN) on Sunday, and dated for Friday.

HFN had partnered with Steelhead LNG, who were looking to develop a liquefied natural gas project in Sarita Bay.

The facility was being developed by the company through a co-management partnership with HFN.

It would have been built on a 475 hectare area owned by the First Nation, about 70 kilometers south-west of Port Alberni.

It included the construction of a pipeline to deliver natural gas from northern BC to the Huu-ay-aht territory, crossing the ocean at Powell River to the Comox Valley and heading further south.

The rough plan for the ocean crossing would have it run near an existing FortisBC transmission line.

The company had been approaching multiple local governments across the pipeline route in recent weeks, with one presentation drawing a brief protest at the Comox Valley Regional District board meeting, and another in Powell River.

Now, the current work has been “ceased” on the project, according to the HFN letter, which was addressed to their citizens.

“We are deeply disappointed, and over the coming weeks your government will evaluate the implications of this decision by Steelhead LNG, identify all go‐forward options, and assess how best to advance the interests of our citizens,” read the letter.

“We are saddened by the decision of Steelhead LNG. Huu‐ay‐aht First Nations is a self‐governing, modern treaty Nation, and we will continue to pursue our vision of establishing a healthy, prosperous, and self‐sustaining community, based on our three sacred principles:

Huu‐ay‐aht remains committed to pursuing initiatives for meaningful economic reconciliation where we create opportunities to generate value in a global context and create employment and revenue opportunities locally. As a Nation, we continue to be open for business as we work to improve the lives of our citizens by seeking out economic opportunities. We look forward to providing you with a further update at the end of February.”

Reached for comment, HFN’s communication manager Heather Thomson indicated that the letter would be all the information being released at the current time.

A request for comment has been sent to Steelhead LNG.