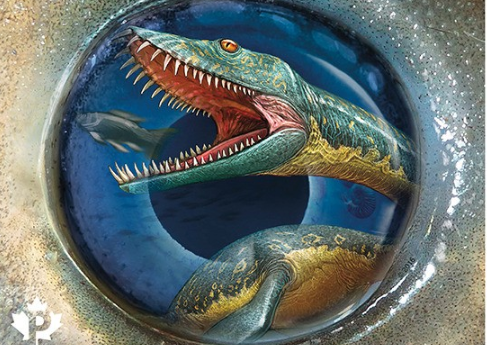 The Comox Valley’s elasmosaur was found on the banks of the Puntledge River back in 1988 by Michael Trask and his daughter Heather, and was in the running for the province’s official fossil since the summer.

Now, the Courtenay & District Museum has announced that the results are in from the Ministry of Forests, Lands, Natural Resource Operations and Rural Development for the contest, with the elasmosaur having received forty eight percent of the votes.

“We are so excited and appreciate the support our community has shown!” said the museum, in a statement to their Facebook page.

“Thank you to the Ministry for seeking input through this process and to the British Columbia Palaeontological Alliance for its initiative. Thank you and congratulations to all who voted and to the City of Courtenay staff for supporting the museum’s efforts throughout the campaign. Finally a big thank you to all of our local business and tourism, economic development, arts, culture and heritage colleagues who helped create this legacy.”

The fossil that came in second was the Ichthyosaur, with 11 per cent of the vote.