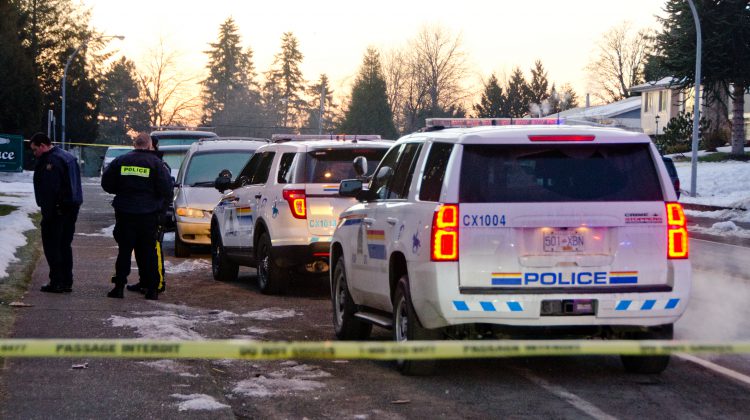 COURTENAY, B.C- More details about yesterday’s shooting in Courtenay have been released by police.

According to the Comox Valley RCMP, officers responded to a report of gunfire around 5:50 a.m. in the 1900 block of Fitzgerald Avenue in Courtenay, around the Park Place apartments.

“The victim, who is known to police, was rushed to a local hospital by BC Ambulance Service and is currently in stable condition.”

Investigators were back at the scene yesterday evening to gather evidence, and are continuing to look into what happened. The Integrated Forensic Identification Section and Police Dog Services have provided assistance to the investigators.

“Although it is still early, the information gathered to date suggests that this attack was not random,” read the statement.

“No arrests have been made at this time. Witnesses described two vehicles seen leaving the area before police arrived. One was described as a blue/teal coloured 4-door Mazda and the other as a white Chevrolet pickup truck with no canopy.”

Inspector Mike Kurvers, who leads the Comox Valley RCMP detachment, said the person responsible for this “brazen act of violence” needs to be held accountable.

“Our investigators are committed to making that happen,” said Kurvers, in the release.