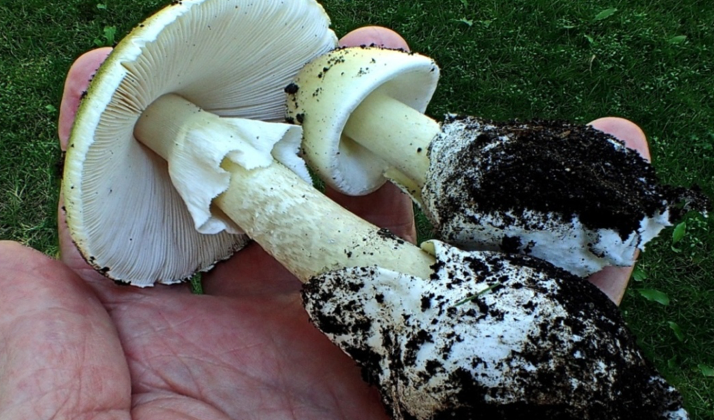 A. phalloides in Victoria. Photo by Adolf Ceska

Experts are warning to keep a look out for the mushroom this summer, as it is spreading more rapidly throughout the province.

According to the B.C Medical Journal, the death cap is sprouting earlier and in greater numbers than previous years, especially in urban environments like Victoria.

“In any case, no matter what, don’t eat it if you found it in your yard,” said Reeves.

She added that if you find them on your property, don’t use your lawnmower to get rid of them as it could help spread the spores.

For all the details on death cap mushrooms and how to identify them, you can follow this link:https://www.bcmj.org/articles/worlds-most-poisonous-mushroom-amanita-phalloides-growing-bc