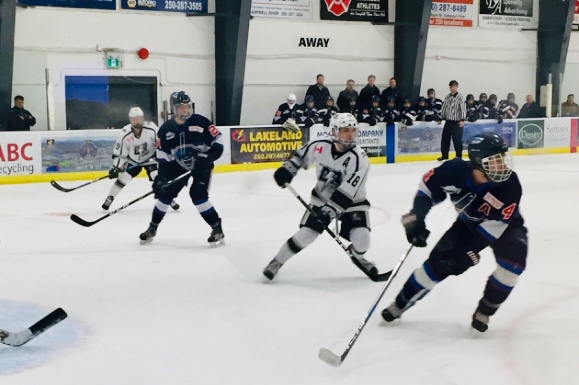 CAMPBELL RIVER, B.C. – The Campbell River Storm have lived to play another day.

The marathon OT win gives the Storm a pulse in the best-of-seven, opening round series.

At this point, the Storm is in survival mode. They will have to beat the Panthers on Friday to stay alive and force and seventh-and-deciding game on Sunday at Rod Brind’Amour.

Based on the shot totals alone, the Storm were deserved winners on Tuesday.

The Panthers’ Tanner Wort tied the game at 2-2 with 4:14 to play in the third period.

Pearce Messer and Tyler Chyzowski scored for the Storm.

Chyzowski’s goal, off a nice feed from Josh Pederson, put the Storm ahead 2-1, and came 27 seconds after Wort tied the game at 1-1 on a Panthers’ power play.

The series matches the VIJHL regular season champion Storm (34-10-3-1) against a Panthers squad that finished last in the South Division with a 14-25-4-5 mark. 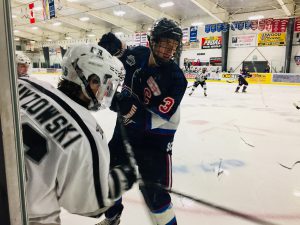 Win or lose, the Storm’s season will continue.

That’s because they will be hosting the 2019 Cyclone Taylor Cup in April.

The round-robin and medal games will be played at Rod Brind’Amour from April 11 to 14.

The Cyclone Taylor Cup pits the top Junior B teams in the province and the host team in a round-robin tournament, culminating in the medal games.