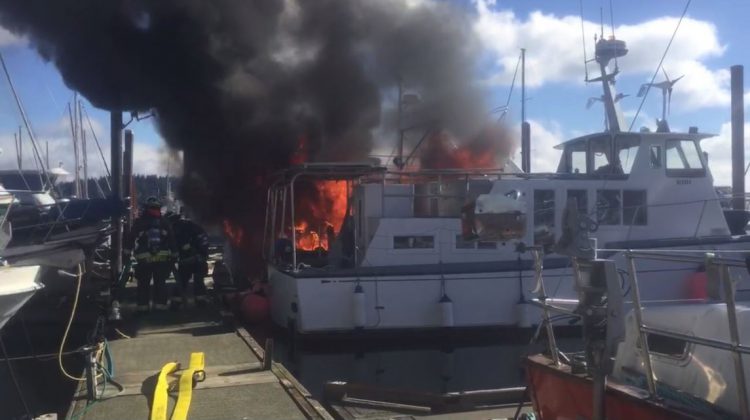 Campbell River Fire Rescue crews responded quickly and were able to extinguish the fire. According to a tweet from the department, two fire engines and one fire truck were at the scene.

Other boats at the marina did not sustain damages.

According to Captain John Vaton, they received the call at around 10:15 in the morning.

“The initial boat received extensive damage. The cause of the fire is also still under investigation,” Vaton said.

He added that the boat’s owner was actually inside. She noticed that there was smoke inside and went out to ask for help. Others in the vicinity called the fire department, and Vaton said that someone tried to put out the fire with a portable extinguisher.

Vaton said those actions helped slow the fire down.

He said the boat’s owner was uninjured, and that there were no other injuries at the scene.