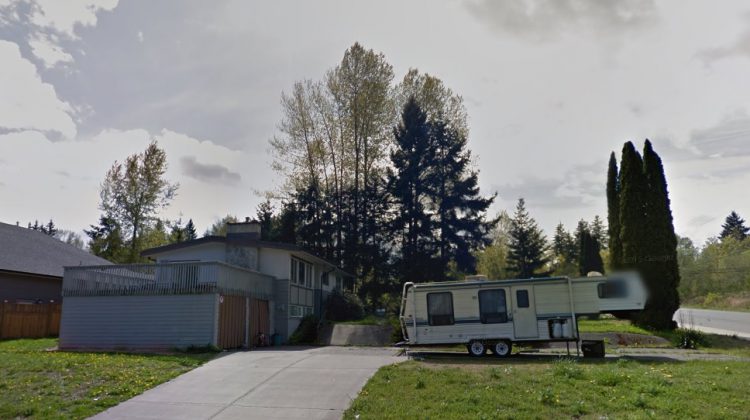 The house is pictured on Google Streetview.

COURTENAY, B.C- A home along 20th Street which drew frequent visits from police could be seeing some changes in the near future.

On Monday, Courtenay city council were asked to approve a zoning change and housing agreement for 2310 20th Street, a property owned by Amandio Santos.

The home has been a rental property while owned by Santos, and has drawn attention from concerned neighbours and police in the last few years.

The zoning change is meant to allow the lot to have two homes, while the housing agreement dictates that the owner of the lands occupy the dwellings, restricts the use to single family residential, and prohibits the lease, license, or rental of the lands or any dwellings on the lands.

The existing home also needs to be renovated as laid out in a plan submitted to the city in January of last year and prohibit driveway access onto 20th Street.

The housing agreement passed without opposition, and the zoning change passed first and second reading, heading to a public hearing on March 18th.

Courtenay mayor Bob Wells said there had been lots of good discussions on the matter, and that the community around the house had “lost their patience” due to the issues at the home.

“This was a way to kind of move past that, and again, the owner was happy to sign on, and make sure that bridge back to the community is there,” said Wells.

“Being owner occupied didn’t seem to be that big of a deal. Down the road, anyone can come and ask for that covenant to be removed, and the council in the future can do that if things look like they’re under control.”

Wells stated that whoever owns the property in future will have to live there, though Santos may be selling it. The plan is for two homes to be built on the lot, and Wells indicated that he believes Santos may live in one, and sell the other.

The zoning agreement will still need to get final approval from council.