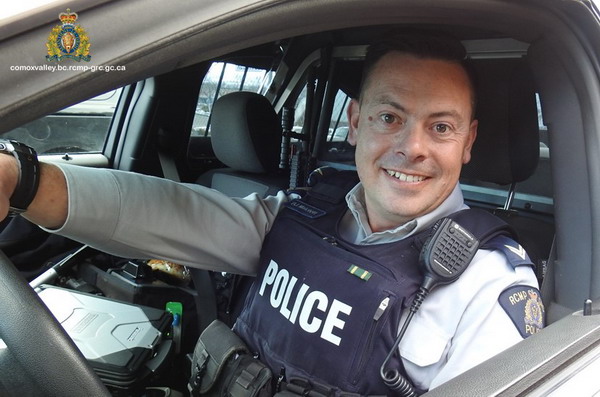 Cpl. Brad Matchett is pictured in an RCMP handout photo.

SUBMITTED BY THE COMOX VALLEY RCMP

The frontline police members of the Comox Valley RCMP are the first officers to arrive when there is a call for service. They are our officers wearing uniforms with pride in the community and keeping us all safe every day.

Cpl. Matchett’s commitment to community service does not stop with traffic enforcement. He has dedicated more than 100 hours / year coaching the 386 Komox Air Cadet Biathlon Team and was appointed as coach of the British Columbia Cadet Biathlon Team.

Cpl. Matchett will be with the British Columbia Cadet Biathlon Team as they travel to PEI for the National competition being held from March 5-10, 2019.