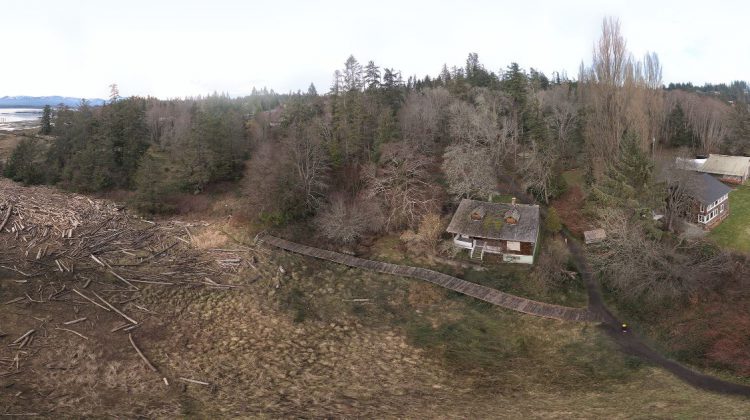 COMOX, B.C. – The Friends of Mack Laing Park have launched a website to spread their message to the masses.

The Friends’ mission is to preserve the park in its natural state.

The group is looking to ensure that the “fragile ecosystems of Mack Laing Nature Park and Brooklyn Creek remain free of the negative effects of vehicular traffic and building construction; and,

to ensure that Comox taxpayers are not burdened in perpetuity with the costs of maintaining and running another public facility.”

Laing was a world-renowned naturalist who gave his house and eight acres of property in trust to Comox in 1973.

According to the Mack Laing Heritage Society (MLHS), Laing left his money to Comox in a charitable purpose trust, “with the intention that Comox would make his (Shakesides) house into a ‘natural history museum.’”

There are opposing sides for the preservation of Shakesides.

The MLHS is pushing to preserve Shakesides, with the goal of converting it into a nature house.

Meanwhile, the Friends argue that Shakesides diminishes the quality of the park’s natural space. The group notes that any renovation of Shakesides will be subject to current public access and building codes and will require road building, bridge building, parking, additional services (including lighting), and security for the building and its contents.

She was born and raised in the neighbouring Baybrook house which once stood to the west of the Shakesides.

“Mack Laing came to Baybrook in 1923,” she said. “He built Baybrook, got married, and when his wife died, he decided he wanted to move to the property next door and he sold Baybrook to my parents in 1949.”

Adamson said her family lived in Baybrook for decades, until her mom, Liz Stubbs, sold the home in 2006.

By the time Baybrook was taken down in 2015, “ it was in poor condition,” according to Adamson.

“You talk to the locals who wander down there, it is so peaceful, it is so lovely down at Baybrook without the house, because there was talk about it being renovated,” she said.

Until the Town of Comox and the Nature Trust of BC purchased Baybrook in 2008, there had been no official vehicle access to Shakesides for many years, other than through private property.

Over the past decades (including prior to the town acquiring Baybrook) the driveway has deteriorated, according to the Friends.

Currently, the driveway is used only for maintenance purposes, and nothing oversize.

Otherwise, entry is by walk-in only.

It’s noted on the Friends’ website: “There is no dispute that Mack Laing should be honoured. The question facing us today is not whether to preserve and remember our history, but how it should be done.”