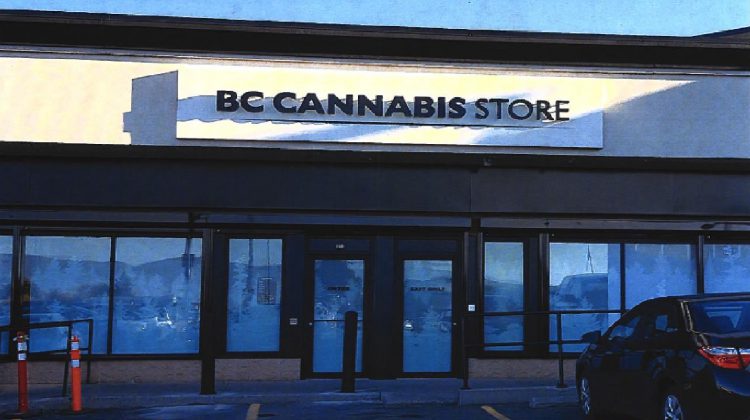 An example of the proposed storefront included in the council report.

COURTENAY, B.C- The provincial government will likely be selling cannabis near Courtenay’s Superstore.

For the last few months, council has been getting a chain of cannabis retail proposals across Courtenay, with one coming from the province’s liquor and cannabis sale arm for a site in the Superstore plaza.

The unit, which is currently vacant, is next to Ricky’s All Day Grill.

The province’s Liquor Distribution Branch (LDB) was asking the city to rezone the property and allow for a storefront cannabis retailer.

Unlike private applicants, the store would not need a license from the province to operate, but the LDB is still expected to work with local governments in order to meet their requirements.

The application was the second of nine being processed by Courtenay’s municipal government for cannabis retail.

On Monday evening, council gave the final nod for the rezoning.

“It’s almost been a bit of a non event,” said Courtenay mayor Bob Wells, after the meeting.

“There was a lot of concern about how this was going to be processed, but I think the (provincial) government has been very clear on what it’s expectations are, we were very clear on what our expectations are, and so again, I think it’s gone through the system, and our community is moving forward with it, we’ll be monitoring obviously once they’re up and running to make sure there isn’t a major impact to our municipality.”

The city has not yet received an application for any kind of renovation at the site, or a business license application. Questions on the timeline for construction have been sent to the province.