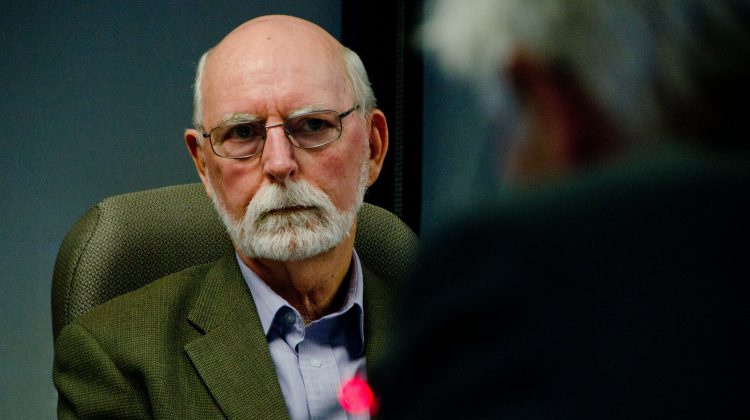 To that end, Hillian brought forward a motion to Courtenay city council on Monday evening. In his motion, he stated that there is a need for a day centre that will serve citizens who are homeless and facilitate their connections to services and shelter.

He also states that the city could have an opportunity to partner with agencies in the Coalition to End Homelessness, which would have access to funding to operate a possible centre.

He asked staff to explore the opportunity, and report back to council, with a goal to open a centre by September.

When council discussed the issue, Hillian expanded on his point. Citing problems with homeless campsites and the Valley’s marginalized homeless population, Hillian stated that the existing shelter system didn’t provide services during the day, and the city could provide space to an organization that could operate a day shelter.

He said this meant that homeless residents of the area will go to places like the Courtenay library and the Lewis Centre, with needs rising during bad weather.

Councillor Will Cole-Hamilton liked the idea, and thanked Hillian for bringing it up. He raised the possibility of a day centre providing laundry services and offering showers, and said having it in place by September would be a good thing.

Mayor Bob Wells also said he was proud of council, due to their actions on homelessness already taken.

There were questions about the proposal from Councillors David Frisch and Manno Theos, who both had concerns about the impact on the city’s own operations from the setting up of a centre.

Frisch believed it was an important step, but believed that some homeless residents would need specialized help, which would require provincial or federal funding.

Theos said that Courtenay was continuing to the “frontrunner” on the various homelessness issues, and asked why it couldn’t be brought up to the Comox Valley Regional District as well.

In response, Hillian stated that there was nothing preventing that from happening, while discussing why he believed Courtenay should take the lead.

“Somebody asked me the other day, why there are no homeless campsites in Comox, and I would give the same answer. It’s a little more off the beaten track, and in fact we are the downtown Comox Valley. So, the pressure to provide these kind of services, it’s our public library, it’s our rec centre and the staff that work there, who end up dealing with these issues, on a day in, day out basis, whether it’s administering naloxone or calling police because there is a disturbance. I think that that gives us, perhaps, some extra impetus to see that some of these services are in place and to work with the agencies, which for the most part are based in Courtenay. Having said that, I don’t think there is any reason why we shouldn’t look for support from our sister municipalities, and arrange help to make this work.”

Courtenay’s chief administrator David Allen contributed to the discussion, and indicated that there has been examinations of possible sites for a day centre. Work on a city land review, which could find surplus or strategic land owned by the municipality, would be a factor.

He believed it would be viable, but needed further examination.

Council voted in favour of staff examining the issue without any opposition.