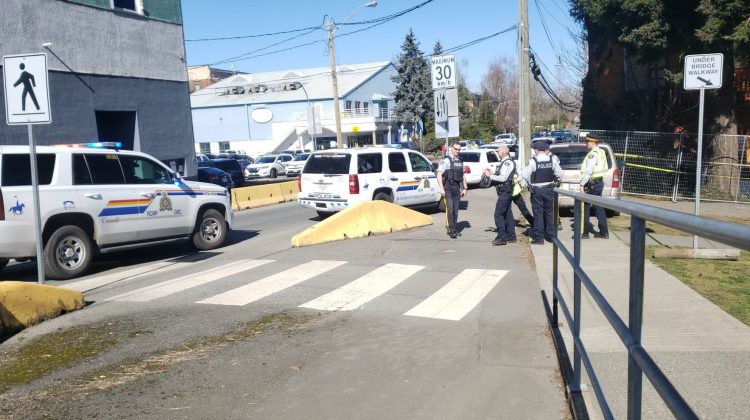 Officers gather near the site of the incident on March 27th, 2019. Photo by Jonathan Gauthier/98.9 The Goat/Vista Radio

COURTENAY, B.C- First responders in Courtenay were called to the river downtown today.

According to Courtenay fire chief Don Bardonnex, the original call came in as RCMP needing assistance to get someone out of the water, underneath the 5th Street Bridge. When firefighters arrived, the male victim was out of the water, with paramedics and officers performing CPR.

Firefighters swapped with the original responders on CPR, and the man was taken away from the scene by BC Ambulance.

Witness Gord Norton said that it was an elderly man with a beard in the water, and that he “didn’t look too good” at the scene.

It remains unclear as to why the man ended up in the water.

-with files from Jonathan Gauthier