Campbell River family asking for help to rescue their dog 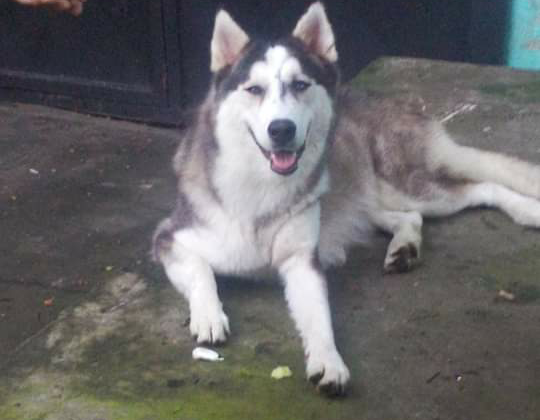 CAMPBELL RIVER, BC- A family of three is hoping to rescue a loved one trapped in South America.

Campbell River resident Blake Dixie, his wife Diana and son Diego are hoping to save the fourth member of their family, Max, a three year old husky, who is currently stuck in Venezuela.

According to Dixie, Diana and Diego are originally from Venezuela, and were able to leave a year and a half ago. They spent a year in Mexico waiting for their permanent residency to Canada.

“They were forced to leave everything behind: our house, their family, their friends and also our dog Max,” said Dixie.

Diana and Diego were able to get into Canada last October. The family then found a place to live in Campbell River, where they can have a dog. However, they’ve run into a roadblock.

“Just last week my wife went back to Venezuela to try and bring our dog to Canada,” said Dixie

“It’s unbelievably expensive and difficult it has just been one thing after another. We are just trying to get some community help. Shipping a dog from Venezuela to Canada is about three thousand dollars. That does not include my wife travel and all of the other expenses including vet bills.”

Max was a birthday gift to Dixie from his wife the last time he was in Venezuela, three years ago.

“That was the last time it was safe for me to travel there,” said Dixie. “That was also about the time we decided to get them out.”

Since the family left Max has been alone in their house. Family and friends have been in and out to make sure he has food and water.

“With all the chaos in Venezuela everyone has a hard enough time caring of themselves,” said Dixie. 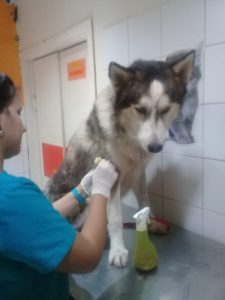 “I can’t believe the amount of people who have said, ‘well just get a new dog.’ They obviously don’t understand and have never had a pet.”

The family has run into quite a few bumps in the road and have recently ran into another one.

“Max has been to the vet a couple of times since my wife has been down there,” said Dixie.

“It turns out he has heart-worm. It is not usually a big deal except when you are in the country that has not had the medicine for heart-worm in three years. Now I need to find the medicine, of course you can’t travel with heart-worm and the vets in Canada can’t sell me the medicine without a prescription and seeing the dog.”

Dixie said that if they cannot bring Max to Canada he will be returning everyone’s donation.

This will cover bringing Max to Canada but the family has paid and will still be paying for additional vet bills and much more.

The Go Fund Me is currently at $575 in donations.