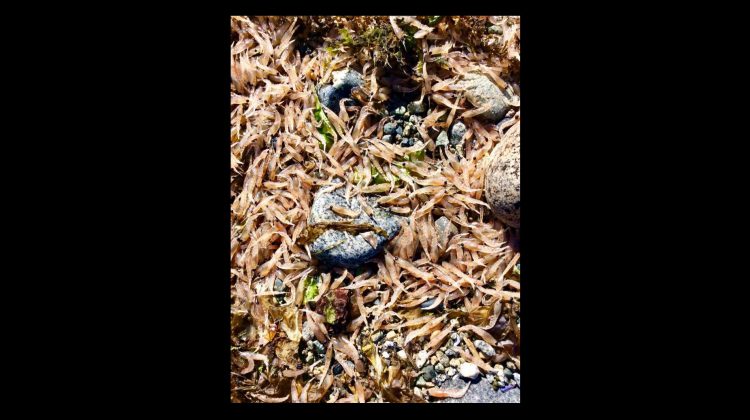 The die-off was first discovered along the shoreline just southeast of the Beach Gardens Resort and Marina, on Wednesday evening. A post by Powell River resident Darlene Williams stated that she saw what appeared to be “1000 dead baby prawns”.

Photos show many small animals washed up on the beach. 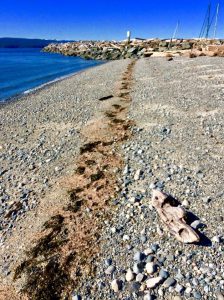 The MyPowellRiverNow.com newsroom reached out to DFO for comment on what took place. According to zooplankton taxonomist Moira Galbraith, who works at the Institute of Ocean Sciences in Patricia Bay, the animals appeared to be female krill in the process of mating, or having recently mated.

She believed the mass death of the animals could be linked to an earlier bloom of phytoplankton near Powell River back in March. DFO scientists had been passing through the area and got samples for temperature, salinity, and oxygen level.

“There was a huge plankton bloom at the surface, so we were thinking that it’s possible that that bloom has now passed, gone on, and as it dies and falls out of the water column, it drops to the bottom,” said  Galbraith.

“Decomposition of that much biomass would use up a lot of action, and possibly turn the bottom 50 metres or 100 metres anoxic, or very low oxygen, potentially, which could kill the krill when they’re down at that depth.”

She also believed the krill could have been at the surface at the time of their death.

There is potential that the krill deaths could affect the local food web.

“You’re got a whole generation there that have not produced offspring, because the expectation of that offspring would be growing up this coming year,” said Galbraith.

“They hatch out, and then they were going to grow to 15 millimetres, that’s a lot of missing biomass.”

She’s hoping to get a sample soon, in order to figure out how the animals died. A bacterial or viral cause would need to be ruled out.

“To me, those animals look pretty fat and healthy,” said Galbraith.

“So, it’s either low oxygen kill off, or bacterial or viral infection.”

She said that if anyone got a sample from the beach, they should put it in alcohol or freeze it immediately.