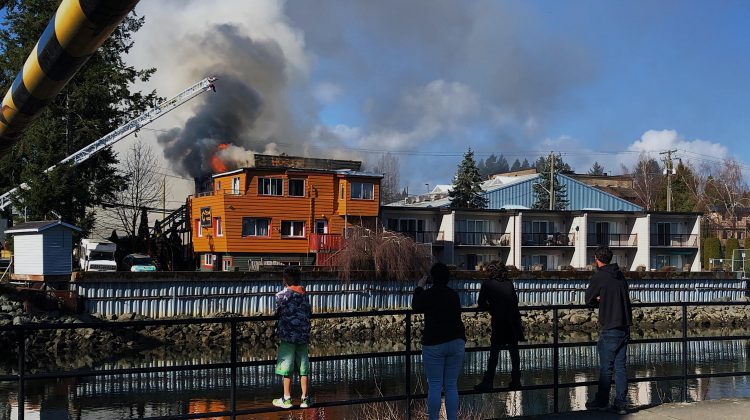 Four people watch the fire at the Cona Hostel from Lewis Park on Saturday, March 23rd, 2019. Photo by James Wood/98.9 The Goat/Vista Radio

COURTENAY, BC- One man remains in custody after being connected to the Cona Hostel fire last weekend.

On March 23rd three separate fires broke out, including the one at the hostel.

The Comox Valley RCMP arrested one man who they believe is associated to one or more of the fires.

“There was likely a lot of witnesses in the area as these fires were occurring” said Constable Monika Terragni, Media Relations Officer, Comox Valley RCMP, at the time of the incident.

“If you witnessed any suspicious behaviour, we are asking you to call and speak with our investigators” she added.

The accused is still in custody. His next court appearance is set for April 18th by video.

Police have not released his name, due to a publication ban.