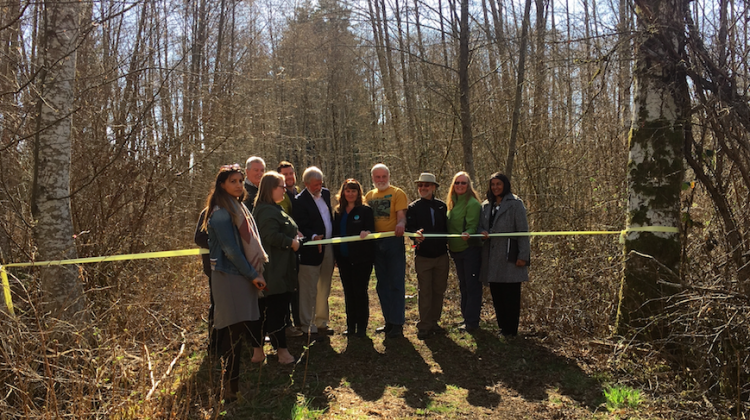 With the help of the Comox Valley Land Trust and Comox Valley Regional District (along with support from multiple organizations) the new CVRD Park (Morrison Headwaters Nature Preserve) is now a protected piece of land.

The new park is on K’omoks traditional territory. It is right in between the Village of Cumberland and the City of Courtenay.

Comox Valley Land Trust first took interest in the property when the owners decided to sell. The land has been in the Linton family for years as a tree farm.

The CVL was given a year to raise $820,000 to purchase the unprotected land, they succeeded with the help of;

And other local community donors.

Morrison Headwaters Nature Preserve was one of the most important large pieces of unprotected habitat for fish and wildlife in the valley, according to Tim Ennis, Executive Director of the Comox Valley Land Trust.

“Getting involved with this project was a no-brainer. We are really lucky to have a project that is important and realistic.” said Ennis.

One of the endangered species living in the park is the Western Brook Lamprey, or locally known as the Morrison Creek Lamprey.

Other animals that are known to live within the property include; beavers, cougars, bears, a wolf, fish, bats, frogs and many more.

Soon the public will be able to enjoy the park and walk through the trails themselves.

“The CVRD took occupancy of the property basically yesterday so they’re going to need a little bit of time to get together some signages and thoughts around trail management and things like that,” said Ennis.

“I don’t imagine it will take them long to come up with that and officially welcome the public to the area.”