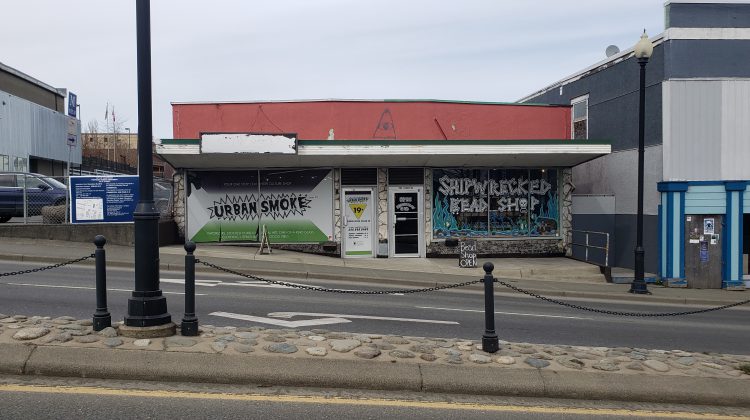 COURTENAY B.C- Council gave the third and final reading of a zoning bylaw that would allow ‘Urban Smoke’ to open, and sell non-medical cannabis.

The store would be located at 143 fifth street, and Angela Vandenhooven, the CEO and Owner of Urban Smoke says she’s glad council approved the bylaw and is looking forward to opening, but no timeline is in place yet.

“There would have to be some renovations, and we also need to receive final approval from the province,” said Vandenhooven.

“It’s just weaving together the little details and making sure that everything is up to code and regulation and then moving forward from there.”

The only councillor that voted against the zoning bylaw, was councillor Cole-Hamilton, who said  his concern was with the shops proximity to nearby parks.

Simms and Lewis Parks are less than 300 metres away from the new location, which is in violation the City’s Storefront Cannabis Retailers Policy. However, the city says that the Courtenay River provides a buffer zone.

Only five private cannabis retailers are allowed in Courtenay, and Urban Smoke will be the third smoke shop to open.

Council has also approved a private store at Driftwood Mall and on Monday night, and approved a second reading for Bowser Cannabis to operate at Cliffe and Sixth.

A public hearing about the Bowser Cannabis application will be held at 5 p.m. Monday, April 15th in council chambers.