Sonia Skobkareva representing Powell River at the BC tennis nationals 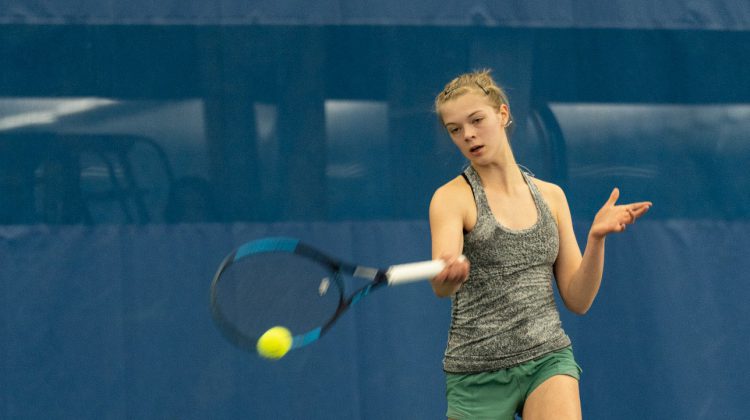 POWELL RIVER, BC- Sonia Skobkareva, a Powell River resident, is one of the few who represented BC at the Indoor U16 National Championships.

The fifteen year old tennis player competed for the second time at the national level last week in Montreal.

“It was a good experience, it is interesting to see what the highest level of tennis is in the country and how it compares to how I play.” said Skobkareva.

She lost 3-6, 6-7 in the first round but was awarded a hat by her team because of all effort she put into the match.

Skobkareva trains at the Powell River Tennis Centre about ten hours a week but is also attending Brooks Secondary.

“I usually play around two hours a day after school. I find that if I get my school work done at school it makes things easier. Its just a balancing act.” said Skobkareva.

Tennis runs in the family, both of her parents play tennis as well. At first her parents got her started in the sport but she continued on with it.

“I wouldn’t keep doing it if I didn’t enjoy it though, its my commitment.” said Skobkareva.

“Now I have about a month until the next tournament, which is the beginning of outdoor season. I am just training and working on seem things that need some improving.” said Skobkareva.

“Just try it. Its challenging but in the end if you really enjoy it you will go places with it.” said Skobkareva.