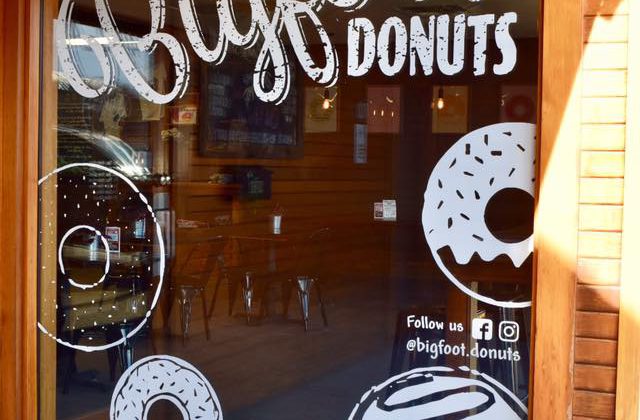 COURTENAY B.C- BigFoot Donuts is one of the top 10 businesses on Vancouver Island, according to Douglas magazine.

The magazine hosts an annual ‘10 To Watch’ competition, which recognizes the best of Vancouver Island’s new businesses.

Bigfoot Donuts one was of the stores to make that list, after being nominated by their landlord.

They opened in May of 2017 and have been running ever since.

Owner Lindsey Bell says they strive to do everything themselves, which she thinks is what sets them apart.

“We did everything ourselves in the shop, from building the counter tops, to doing the logo design, we did most of it ourselves,” Bell said.

“All of the toppings and the dough’s are made in house, we change our monthly flavours three out every month and try to do things you’ve never seen before, just having fun with donuts.”

She also added that they wouldn’t be where they are now without the help of family, and dedicated staff.

“We like to do things right from the ground up, but certainly family was there and of course all of our staff that we’ve had in here since we opened have been awesome.”

When asked about future plans for the shop Bell said they are happy where they are now, but anything can happen.

“We’re gonna try to keep the status quo, but expansion you never know.”

Each year, the winners of 10 To Watch are recognized at an invitation-only special event in the spring.