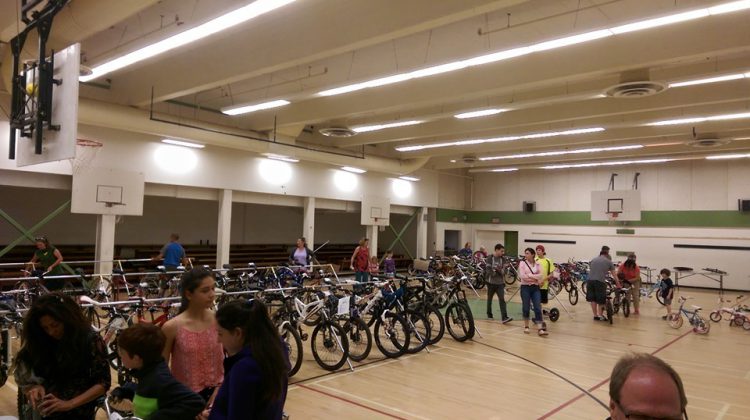 The Community Bike Swap has been running since 2014, and was originally hosted by Ecole Robb Road Elementary from 2014 – 2016, and only recently transferred to Ecole Puntledge Park Elementary in 2017.

Melanie McCollum, one of the organizers for the event, says the event is hosted by a new school every three years, after they are able to afford the new bike racks.

“The idea is each host school keeps the bike swap for 3 years to raise enough money for a covered bike shelter, then it moves onto another host school to do the same,” said McCollum.

McCollum added that the Community Bike Swap is for everyone, and they are encouraging people to bring all types of bikes, as long as they are in working order.

“There is a real range of bikes from a really basic $30, ‘gets them out the door’, right up to people bringing in some pretty nice used mountain bikes that can be up in the $1200 range.”

If you’re interested in purchasing a bike, they ask that you show up between 12 p.m and 3 p.m on Sunday April 14th.

Payment can be made via, debit, credit or cash.

For those looking to sell, you can drop off on Saturday April 13th between three and six, or you can stop by before the event on Sunday between nine and 11:30 a.m.

Pick up for payments and unsold bikes will be Sunday April 14, from five to six.

For more details on the event, visit the ‘6th Annual Community Bike Swap’ page on Facebook.