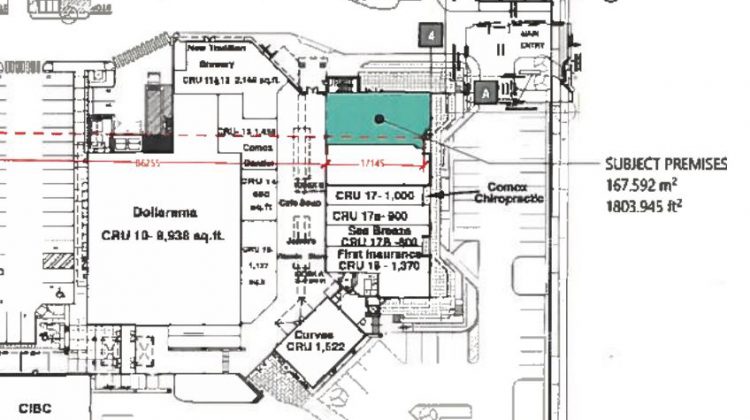 COMOX, B.C. – There are a couple of final steps to take before what would be Comox’s first ever non-medical cannabis store puts down stakes in the town.

“We just put in our application for the building permit, so we’re waiting for the building permit approval before we can start building out,” Wetulani told the MyComoxValleyNow.com newsroom this morning. “Once we build out the store, we’re already at the phase with the province for the final inspection. Hopefully, the building permit comes in the next week or so and we could have it (the store) up and running in a couple months. That would be ideal.”

Wetulani said “we’re working our hardest” to get the store open soon, but realizes there are procedural regulations and steps to follow.

If all goes forward and City Cannabis officially sets up shop in the Comox Mall, the store will take up roughly 1,800 square feet and will have a comfortable, all-natural feel to it, according to Wetulani.

The store will include tables made of reclaimed pieces of wood and floating shelves and a “knowledge section.”

“There are a lot of retired seniors in the area… who will benefit from learning about the products we carry and THC and CBD and just have a lot of well-trained staff (who will) be on-hand to educate anybody who wants to learn,” Wetulani said.

City Cannabis operates two stores in the Vancouver area, Wetulani noted: “We got two of the first three licenses in Vancouver.”