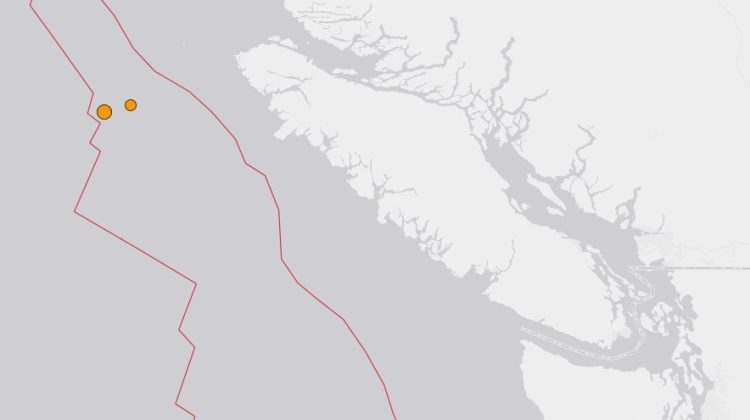 The second earthquake is noted to the left of the first quake on a USGS map.

VANCOUVER ISLAND, B.C- A second earthquake has been reported off Vancouver Island’s west coast this afternoon.

According to the United States Geological Survey, a magnitude 5.5 earthquake took place 195 kilometres west of Port Hardy, around 3:44 p.m. It was at a depth of ten kilometres underground.

The quake followed a 4.6 magnitude quake that happened around 1:27 p.m. nearby.

There are no concerns about a tsunami from either earthquake.