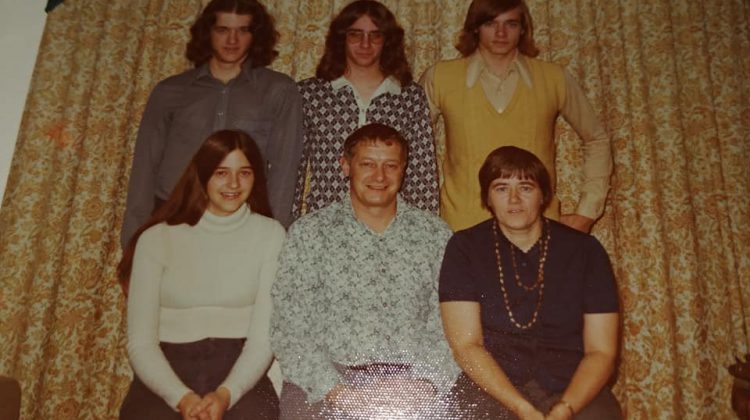 A family photo included in one of the albums. Image sourced from Terina Burgess.

COURTENAY, B.C- A Victoria man may be able to solve a mystery with ties to Port Hardy and the Comox Valley.

According to Terina Burgess, an employee at the Tim Hortons along Cliffe Avenue in Courtenay, two photo albums were found near the restaurant’s dumpster on Friday afternoon.

The MyComoxValleyNow.com newsroom ran a story on the albums being found, which eventually found its way to Joe Pennimpede.

Pennimpede recognized one of the photos from the album in the story as a family photo taken in Port Hardy, back in 1975.

According to him, the photo was taken in the living room of his family’s housing at the Port Hardy airport, where his father was working as an electrician for the government.

The family had moved to the area after 17 years of moves every two years or so, while his father was in the military.

He saw the story on social media, and reached out to family members in the Valley who might have known the link to the albums, but it still remains a mystery.

He believes a close family friend may have gotten the photo somehow, and chosen to keep it.

As for how it felt to come across his family’s photo yesterday evening, he said it was shocking, and mildly embarrassing.

“I don’t apologize for the hair; it was the mid-70’s,” said Pennimpede.

“But I’m looking at the clothes I was wearing, going, “man, what was I doing?”. Kind of funny.”

He also looked forward to getting the mystery solved.

“I would love to hear the story of how our family photograph got into those photo albums,” said Pennimpede.

“And maybe I would get re-acquainted with a long-lost friend.”

He plans to examine the albums this weekend, stopping in Courtenay while on his way to Port McNeill for a high school reunion.